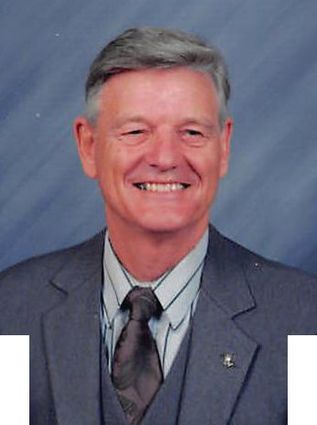 He was born in Glen Ullin, N.D., to Benjamin and Mathilda (Morman) Schultz. He had a habit of running through the fields after he was dropped off at country school to get home before his parents did. So, they enrolled him in Glen Ullin at the Catholic School. He graduated in 1953, after which he was drafted into the Army. He was granted a special leave to go home and marry his love, Phyllis Duckwitz, of Hebron, N.D. After serving as an army medic in Germany, he returned home to his wife and attended Dickinson State Teachers College. In 1959, he was hired by the Army Corps of Engineers where he worked as a sediment sampler on the Missouri River. He was later hired into a training program at the hydroelectric plant in Fort Peck. He went on from journeyman and electrician to eventually supervise the powerhouse. He retired in 1998.

He loved his Lord, his wife, and his family. He taught Sunday School and led Boy Scouts for many years. He was an avid hunter throughout his life. Though he may have been a man of few words, he had no problem showing his excitement at his sons' football games or when a huge buck was spotted in the hills. It was a joy to hear him sing like Jim Nabors.

He was preceded in death by his parents; and four siblings, Bob, Adeline, Martha and Tom.