By Kyla Burns
For the Courier 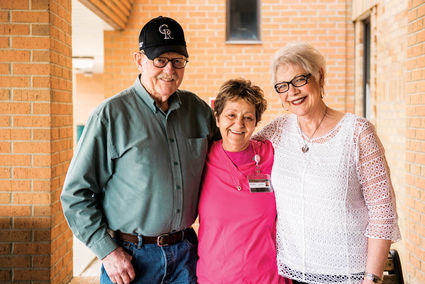 To celebrate nurses, CURE Magazine created the Extraordinary Healer Award for Oncology Nursing. Glasgow's Mona Amudson nominated Sally Durham (RN, FMDH), describing her as, "one of the best and most compassionate oncology nurses ever." The magazine asked readers to write an essay about an oncology nurse who went above and beyond to help them heal. The top essayists and their nurses are to be honored at a reception held in conjunction with the Oncology Nursing Society's annual congress.

Additionally, CURE compiled the top essays received for the contest into Extraordinary Healers: CURE Readers Honor Oncology Nurses. The book will include the winning essay, finalist essays and a collection of nominating essays from the contest. Now in its eleventh installment, Extraordinary Healers features a variety of teaching moments from the featured essays and a list of all nurses who were nominated for the 2017 award. The winner of the award won't be announced until the awards dinner on May 4 at the ONS event. The essay collection, in which Mona's essay about Sally and a photo of the two of them will appear, will be distributed at the awards dinner.