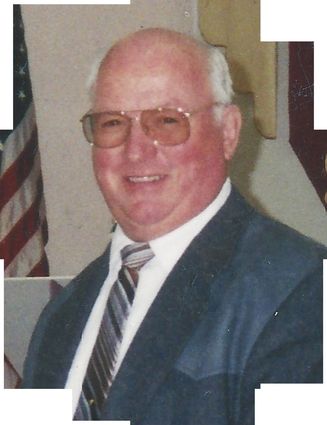 John Barry Beard, 77, passed away from cancer and went into the presence of his Lord Jesus Christ on Saturday, April 8, 2017, at Frances Mahon Deaconess Hospital in Glasgow, Mont.

He was born and raised in Chambersburg, Pa., where he married his high school sweetheart, Joann, in 1958. He worked for the J.J. Newberry Co. as Assistant Manager in Chambersburg, Kennett Square in Pennsylvania, and Front Royal in Virginia. He then went into construction, working on the Dulles International Airport in Chantilly, Va. By this time, he had two children - a son, Shawn, and a daughter, Sherri Lynn.

In the early 60s, he moved his family to Delaware where he worked for the DuPont Company in Deepwater, N.J. A second son, Scott, now joined the family.

He worked for DuPont for 17 years until the Lord called him into the ministry. He pastored for 12 years in Delaware until, in 1989, the Lord specifically called him to Glasgow, where he established Joy Fellowship Church.

He was preceded in death by his parents, and an infant son, Shane.

Survivors include his very loving and devoted wife of 59 years, Joann; three children, Shawn Beard and his wife, Linda, of Glasgow; Sherri Lynn Homme and her husband, George, of Raleigh, N.C .; and Scott Beard and his wife, Stephanie, of Middletown, Del .; three grandchildren, Shannon Stirling of Littleton, Colo., Shane Beard and Kyle Beard of Wilmington, Del.

In lieu of flowers, memorials may be sent to Joy Fellowship Benevolence Fund, P.O. Box 1184, Glasgow, MT 59230, where they will be distributed to various mission outreaches.

Bell Mortuary is handling the arrangements and condolences may be left at bellmortuarymontana.com.