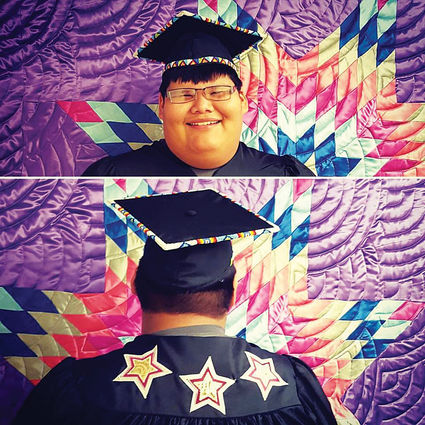 Senate Bill 319 passed a key vote in the Montana House of Representatives on April 5. This bill would allow individuals to wear traditional tribal regalia or other objects of cultural significance at public events, such as graduation ceremonies.

The bill, introduced by Sen. Jen Gross and sponsored by all women, would allow Montana's native youth to proudly embrace their culture when achieving a milestone, like graduation from high school, according to Rep. Susan Webber. Webber is carrying the bill in the House, and notes the bill is not solely focused on allowing regalia from only Native American cultures, but is inclusive to everyone. "This is one way we can acknowledge and show respect for the long-standing cultural traditions of Montana's various communities," said Webber.

The bill passed second reading in the House on a 69-31 vote, and on April 6, it passed a third reading on a 67-33 vote. The amendments made have been returned to the Senate for further consideration.

If you would like to contact Montana's House of Representatives or Senate in support of this bill, you may leave a message for a legislator by calling the Legislative Information Desk at 406-444-4800 Monday through Friday from 7:30 a.m. to 5 p.m.