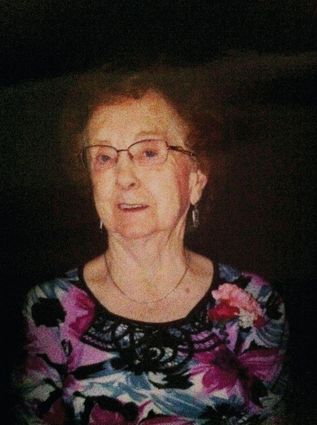 June Arline (Nelson) Cotter, 90, of Glasgow, Mont., passed away peacefully in Billings, Mont., on Wednesday, Feb. 15, 2017. Bell Mortuary is assisting the family and services will be held at a later date.

She was born to Helga Nelson and Roy Hanson in Minneapolis, Minn., on June 9, 1926. She lived with her grandmother, Johanna Nelson, in Robbinsdale, Minn., until she was nine years old, at which time she moved to Glasgow with her mother, Helga “Bobbi” Maxwell, and stepfather, Clegg Maxwell. She received her education in Glasgow. She was a member and official in the Hotel, Restaurant and Bartenders Union for years and the First Lutheran Church.

She worked as a bartender until she was 75 years old. She loved to go dancing, play cards, do crafts, socialize with friends, go fishing, boating and camping with her late husband, Bob Cotter, and visiting her family.

She was preceded in death by her parents; her husband, Bob Cotter; a significant other, Walt Riggin; a step-daughter, Patricia Carr Showerman; a great-grandson, John Colton Logan; and two step-grandsons, Bill Showerman and Richard Showerman.