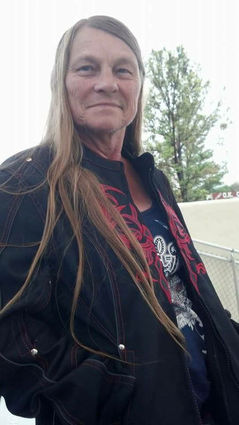 The family has asked her funeral remain a private family service.

She was born on Sept. 28, 1949, in Great Falls, Mont., to Leonard Charles and Betty Yvonne (Garlock) Pluhar. She grew up on the family ranch near Cohagen, Mont., and attended the Pluhar School just one fourth of a mile from the house, with her uncle, Art Pluhar, being one of her teachers. She attended high school in Jordan and graduated in 1968 and then went on to attend and graduate from dental hygienist school in Denver, Colo.

In September of 1971, she met Skip (Edwin) Michael Zaborowski in Great Falls while playing flag football. In the process, Skip talked a friendly police officer into loaning him the handcuffs and JoAnn soon found herself handcuffed to the flood lights on the police car! The next three months, Skip and JoAnn spent a lot of time together at the J Bar T Club, and were married there on Dec. 17, 1971.

Skip was in the Air Force and was transferred to San Angelo, Texas, so JoAnn went with him and that is where their first son, Adam Russell, was born on Aug. 16, 1973.

On Jan. 25, 1980, their second son, Leonard Edwin, was born in Athens, Greece. Their family traveled all over the world until 1991 when Skip retired and they moved to St. Marie.

She worked for the St. Marie Condo until 1997 and then took a position at the VFW Post 3107 as bartender and bar manager. She also worked part-time at the St. Marie post office. She retired from the VFW on Sept. 30, 2016, and took up working with her beads, and spending more time with Skip and their furry feline, Grumpy.

She was proceeded in death by her parents.

Should friends desire, memorials may be made to VFW Post 3107.