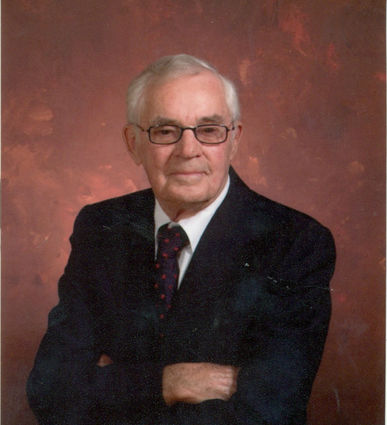 He married Patricia Ann Geiger on July 24, 1948, in Glasgow, where they lived and raised their four children. He farmed and held numerous jobs until 1959 when he and his wife built and ran the Fort Peck Marina. They sold the marina in 1963, and he continued farming until 1989. He enjoyed boating on Fort Peck Lake, dancing, spending time with family, golfing, and Friday night get-togethers with friends.

After his retirement, he and Patricia were snowbirds in Palm Desert, Calif., and spent the remaining months in Glasgow watching grandkids in events, playing golf at Sunnyside, and enjoying great times with friends and family.

On Jan. 6, 2010, Patricia, his wife of 62 years, passed away. He later married Bernadine Gallagher. They enjoyed dancing, socializing and spending time in Palm Desert.

Louis was a wonderful dad and grandfather. Rest in Peace. We Love You!

A visitation was held Friday, July 8, at Bell Mortuary in Glasgow with family receiving friends from 5-6:30 p.m. Funeral services were held Saturday, July 9, at the United Methodist Church in Glasgow with Pastor Howard Pippin officiating. Burial with military honors followed the service at Highland Cemetery.

Bell Mortuary is in charge of arrangements and condolences may be left at bellmortuarymontana.com.