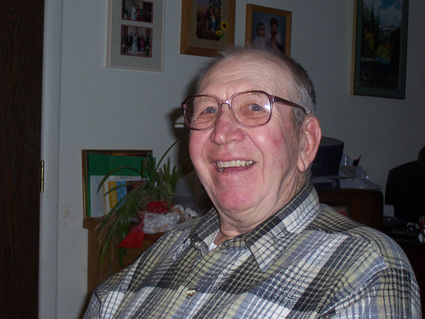 There will be a family memorial at a later date.

He was born on March 24, 1926, in Glasgow, Mont. He and Vivian farmed in Glasgow until 1961, then in the Choteau area until 1979, at which time they moved to Conrad where they have farmed ever since.

He loved nothing better than the smell of the new turned earth in spring, the blessing of a good rain, the greening of grass, the seeded fields of grain and then the golden grain of harvest. He enjoyed restoring old tractors in his spare time, enjoying mechanical challenges and he could repair almost anything.

Suggested memorial are childrens' hospitals as he had a soft spot in his heart for children in need, or a charity of your choice.