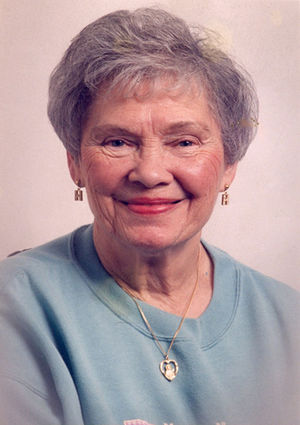 Helen M. (Larson) O'Connor Miller, 96, of Belt, Mont., passed away at Benefis Senior Care on Tuesday, May 31, 2016, with her daughter and granddaughter by her side.

A funeral liturgy was held on Wednesday, June 8, at 10:30 a.m. at Holy Spirit Catholic Church with Father Dick Schlosser presiding. Burial will follow on Thursday, June 9, at 1 p.m. at the Nashua cemetery in Nashua, with Deacon Ed Malone presiding.

She was active in the Nashua Home Demonstration Club and Queen of Angels Church Alter Society. She later moved to Belt, where her grandchildren would hop the fence daily to visit her. In Belt, she continued being an avid card player and made the most delicious homemade lemon meringue pie. Her contagious smile lit up a room and her hugs made everyone feel special. She was simply the "world's best" Mother and Grandmother.