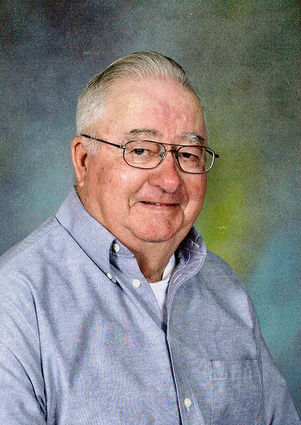 Phillip Louis Thievin, 88, was born Jan. 28, 1928, at the family home in the Carbert community north of Peerless, Mont., to Eugene and Jeanne (St. Germaine) Thievin. He passed away Saturday, March 19, 2016, at the Billings Clinic with his family at his side.

Services will be held Thursday, March 24, at 2 p.m. at First Lutheran Church in Scobey, with Pastor Paul Landeraaen officiating, followed by burial in the Scobey Cemetery.

His family farmed north of Peerless until he was 14 and then moved to the farm north of Richland. He attended grade school at Carbert and Peerless. He enlisted in the United States Army in 1947 and served his country in Korea.

In 1954, he started working for the Farmer's Union Carriers in Scobey while helping his family on the farm. In Scobey he met Lorraine Anderson, and they married in 1957. He continued at the Carriers until 1968 when the family made the permanent move to the farm north of Richland.

He and Lorraine spent winters in Yuma, Ariz., for 15 years until his health prevented him from making the trip. They made many great friends from around the country while there and thoroughly enjoyed those times of visiting, playing cards and soaking up the sun. They moved off the farm to Scobey permanently in 2011.

He turned the reins of the farm over to his sons relatively early, but was the guiding force and driving force behind them and was extremely proud of the operation built by his sons and grandsons. When his health prevented him from working on the farm, he served in an advisory capacity; reading farm papers, following markets and trends, and weighing in on all major decisions. His opinion was always highly valued by his children and grandchildren. He was one of those men without a lot of formal education, but who knew something about everything. He wasn't just a farmer and rancher, he was also an electrician, plumber and general handyman. There wasn't much he couldn't fix or tell his boys how to fix. He believed in a job well done and the value of hard work and instilled those qualities in his children and grandchildren. His family was the most important thing to him. There was a special place in his heart for his "Mouse," daughter Pam. He had a soft spot for kids and dogs, had a great sense of humor and loved to tease.

He served over 30 years on the Farmer's Union Oil Company/PRO Co-op board and was instrumental in the formation of PRO Co-op in 1989. He also served on the Daniels County Soil Conservation Board for 15 years, the board of Farmer's Union Grain of Richland and the Butte Creek School Board. He was a member of the Peerless Lutheran Church.

He was preceded in death by his brother, Alfred Thievin; two sisters, Genevieve Messenger and Virginia Gundermann; and an infant daughter, Valerie.