The Propper Family of Avondale, 1913 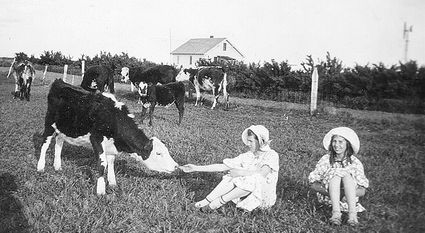 Courtesy of Valley County Historical Society / For The Courier

These girls are from the Propper family that settled in the Avondale area in 1913. Claude Propper came and filed his claim in 1914. He married Demetries Williams in 1915 in Michigan and brought her back to Montana to make their home. They lived on the farm until 1933 and had three daughters, Thara, Maza and Delores. After 1933, they moved to Glasgow and farmed during the summer months until 1949, when they sold the farm to Warren Thornton.